I was 26 years old. I had a cough for a few weeks that just didn’t seem to get any better. I also had a rash on my legs. I went to the doctor and was given medicine for the rash and for an upper respiratory infection. During this time, one morning my 18-month-old daughter woke up and after getting out of bed and picking her up out of her crib I had to put her down and sit myself down. I couldn’t carry her but just thought I was dizzy or something. After taking something for a headache, I rested on the couch for a couple of hours. Then I got up to go to the bathroom and I couldn’t walk. I didn’t know what was happening, but I knew it was serious so my Mom took me to the emergency room.

After different tests, they saw some swelling on my CT scan and decided to transfer me to a bigger hospital. I was flown to Barrows Neurological Institute at St. Joseph’s hospital in Phoenix and by this time the left side of my body was completely paralyzed. In their emergency room, one of the doctors that examined me said he was pretty sure that I had Acute Disseminated Encephalomyelitis. I had an MRI done that confirmed my ADEM diagnosis. We had never heard of this before and were told that it was rare and even more rare in adults. I don’t remember much about the first few days in the ICU besides terrible headaches, but I was awake enough and remember the neurosurgeon coming in and telling my husband that if they couldn’t get the swelling to stop they would have to cut through the top of my skull to relieve the pressure.

Thankfully they did not have to do that. They had started a treatment of high dose intravenous steroids and antibiotics that seemed to be working. I wasn’t improving as much as they hoped though, so they started plasmapheresis. I had one treatment a day for 10 days and improved tremendously, but my left side was still paralyzed. After two weeks in the ICU, I was transferred to inpatient rehab. The first day of rehab was the hardest and the worst for me. Realizing that my body was not doing what I was telling it to do was a really terrifying experience. 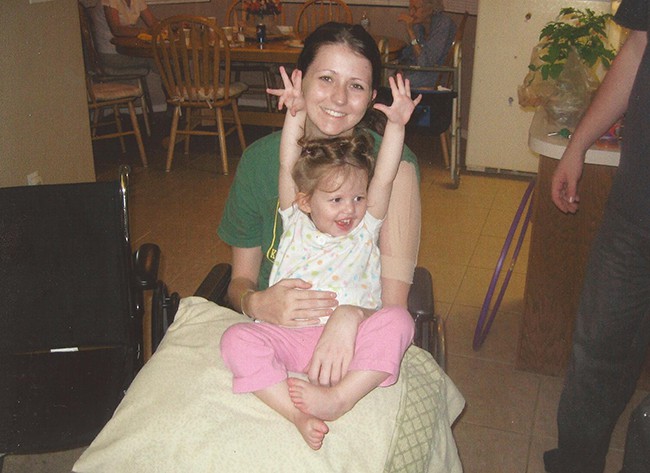 I had left neglect and some other cognitive problems that I worked on in speech therapy and I had physical therapy and occupational therapy every day also to try and get my left side moving. Little by little I started to see movement and after six weeks in rehab, I could walk very slowly with a cane and I could move my thumb and forefinger just a little bit. I continued outpatient PT and OT when I came home and continued to improve.

Today, seven years later I have basically had a full recovery. My husband and I have had two more children and I am thankful every day for my recovery because I know that not everyone gets that. 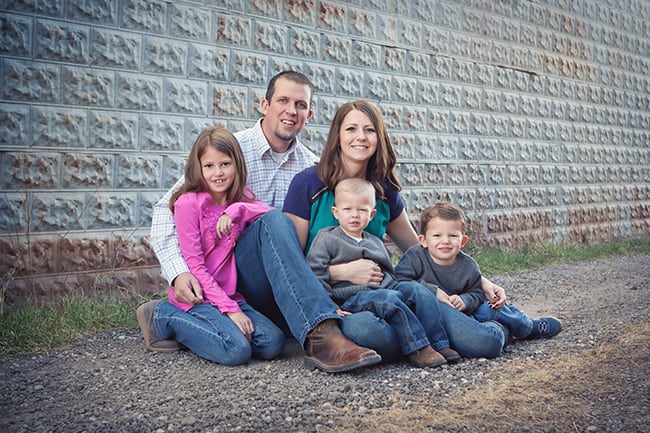 My hope is for more awareness that will lead to faster diagnosis and treatment and because of that, better outcomes and recovery. I will forever be grateful to the doctor in the ER that knew about ADEM and that I was diagnosed quickly. I will also forever hold a special place in my heart for my amazing therapists who celebrated every tiny movement or improvement with me as if it was their own. And my nurses and doctors and of course my amazing family that helped me through it all.