How I Became U.S. Paralympics Number One Fan
Eve Hampton (and Ari)

If, when scrolling through my posts on Facebook or Instagram, it seems like I know a lot of Paralympians, I do. While Europe has jumped ahead of us and has professional wheelchair basketball leagues with the fans and compensation to match, adaptive athletics are still very much grassroots organizations in the United States.

I met my first Rio Paralympian when I was diagnosed with Transverse Myelitis at age 13 and entered a rehabilitation program in Seattle where a 6-year-old was completing her stint in rehab after being paralyzed in a car accident. I bet Chelsea McClammer doesn’t even remember, she was tiny! Chelsea, in addition to her claim to fame as the youngest member of the 2008 Paralympic U.S. Track and Field Team in Beijing, has already won a silver and bronze in Rio and is poised to be back on the podium throughout the rest of her events.

Speaking of Transverse Myelitis, sometimes I think that there might be a statistical significance to the number of athletic people who have been diagnosed with TM. In addition to track stars Steven Toyoji and Amanda McGrory, tennis phenomenon Dana Mathewson also has Transverse Myelitis. I met Dana and her mom at a SRNA symposium and helped connect her to the incredible sports camps and athletic community in her hometown of San Diego. Those camps were a big part of my summers growing up and provided not only an introduction to lifelong friendships and new sports, but also a much needed respite in sunny California for my parents and brother who enjoyed a San Diego beach vacation for a week each summer.

Amanda McGrory and Steven Toyoji at the Paralympic Opening Ceremonies in Rio. 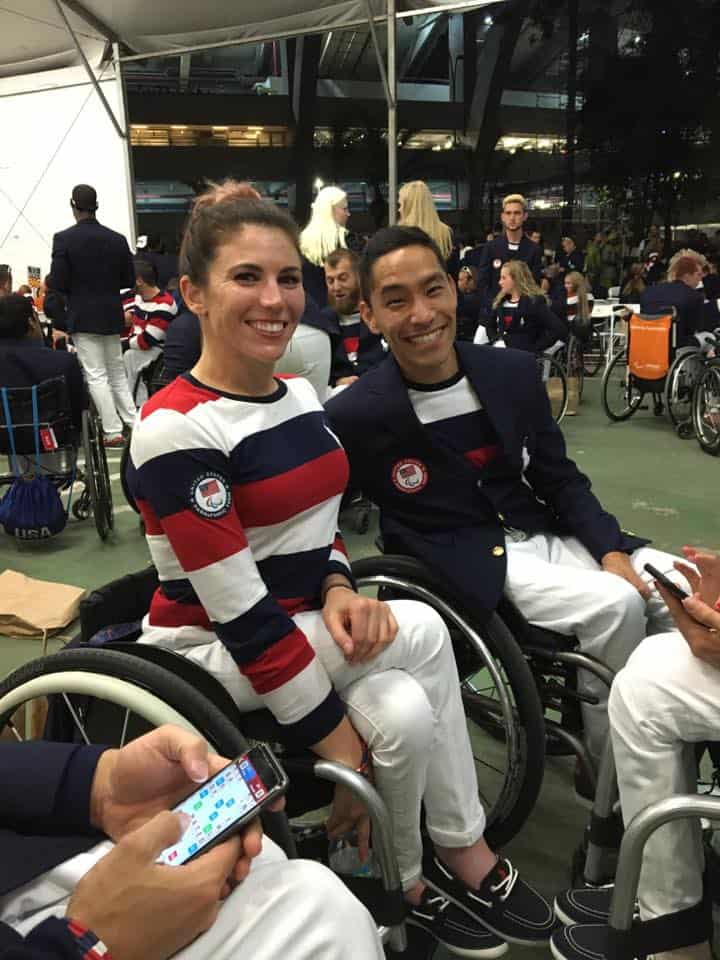 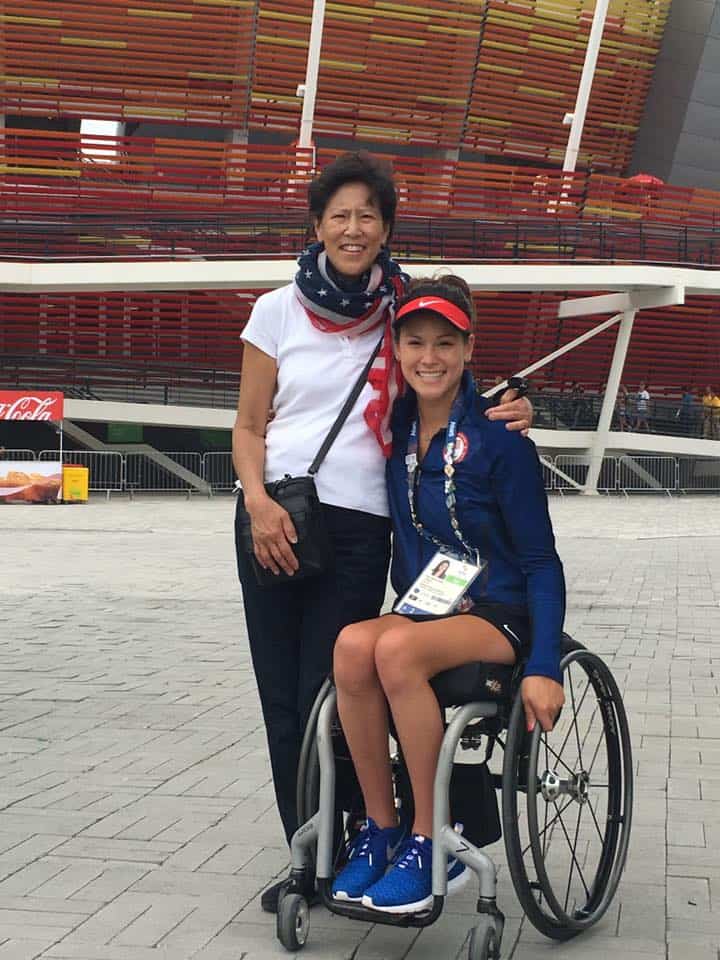 Right after leaving rehab, I attended Camp Casey for the first time, a Kiwanis sponsored, free overnight summer camp for disabled children in Washington state. I wasn’t too happy to be there, the camp overlooked the soccer camp I had planned to attend that summer. To add insult to injury, I was put in the little girls’ barracks (Camp Casey is located at Fort Casey built in the 1890’s). This was, quite frankly, an affront to my newly teenage-self, I mean, I was a Bat Mitzvah for crying out loud, ergo, an adult.

But, as it turned out, like so many things in life do, being a “little girl” was one of the best things that could have happened to me because my bunk mate was Desiree Miller. It took many more summers of friendship at the camp we grew to love and Instant Messaging on AOL (yeah, we’re old) to convince Desi to play wheelchair basketball, but, during our senior year of high school, she joined our Seattle juniors team and was immediately offered scholarships at all of the universities that had women’s wheelchair basketball programs. 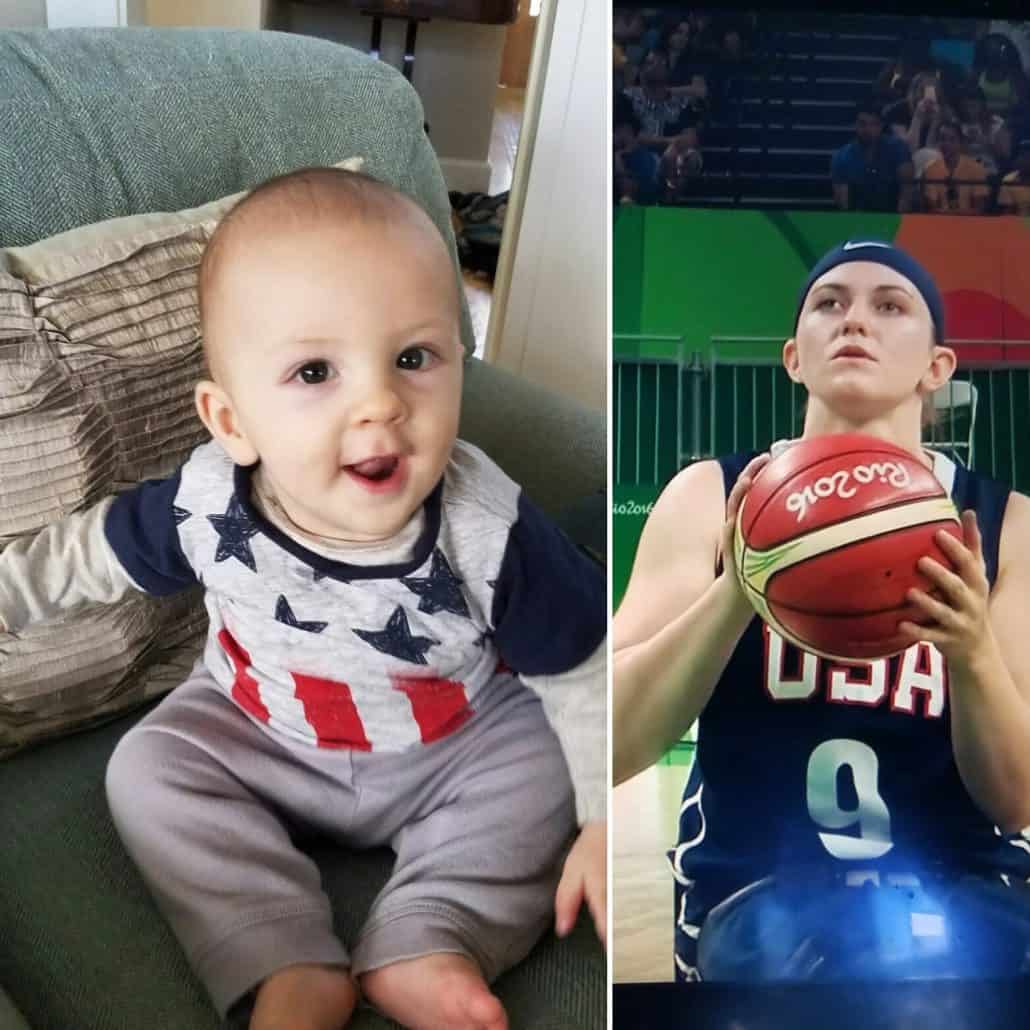 Desiree, who now starts for Team USA, accepted the offer from Alabama, and while she chose to Roll Tide, I chose to Bear Down and attend the University of Arizona. As I was starting my freshman year, the senior firecracker on our team, Alana Nichols, was just finishing her tenure at U of A. I could write another essay about Alana, but I don’t have to because the New York Times already did that for me!

My junior and senior year as a Wildcat were spent living in an apartment with Jessica Radmilovic, who is the tricking world-record holder in disabled water-skiing; water-skiing is not a Paralympic or Olympic sport because of the motorized boats used to pull the skiers. Along with Jessica, my college apartment roommates included two able-bodied women and our menagerie of dogs, rats, mice, ducks, guinea pigs, and a parade of couch surfers from around the world. Yes, our landlords knew about the ducks. It was during these years that we spent a lot of time with the many Team USA quad rugby members living in Tucson and I became close friends with Jenn Poist, who is also on the current Team USA women’s wheelchair basketball team. In graduate school at Arizona State University, I was fortunate to be able to play for the Phoenix Mercury wheelchair basketball team and learn from my coach and Team USA legend, Jennifer Warkins Ruddell, and class 1.0 super star, Emily Hoskins. These two veterans of the sport won back to back Paralympic gold medals in Athens and Beijing as members of Team USA’s women’s wheelchair basketball team.

I moved back to the Pacific Northwest with my then boyfriend, now husband, Bob Pratt, who, by the way, I met as a graduate student while we were volunteering as counselors at that same summer camp in San Diego that Dana Matthewson and I attended as youths. In Seattle, I was able to not only join the newly formed Storm wheelchair basketball team, but also begin playing with our neighbors to the north on the Inferno, the women’s team in Edmonton, Alberta. My teammates include past (Karla Tritten and Tara Feser), present (Arinn Young), and no doubt future Team Canada athletes. While I am obviously a proud Team USA supporter, this house also flies a maple leaf during Team Canada’s games. Not to mention, the current starting class 1.0 for Team USA, Darlene Hunter, way more than filled my spot this past season while I was pregnant with and taking care of a newborn Ari.

Bob took a job with Intel in Oregon and following our wedding, I joined him in Hillsboro, a suburb of Portland, also known as the Silicon Forest (although Hillsboro is actually farmland). Everywhere I went in our beautiful apartment complex in Orenco Station, I kept getting mistaken for somebody else. This is pretty weird because how many young(ish) paraplegics with long dark hair could there possibly be in one small apartment building? Well, it turns out, two.

It was when my husband mistook this other woman for me that I figured it was time to find this other person and introduce myself. I actually didn’t have to look far, because it turned out that Ann Yoshida was living only 3 doors down. Ann, who lives in Hawaii, was working on her doctorate in Oregon, so, naturally, we began training together, she for outrigger canoe, and me for an upcoming trial at the USOC training center in Colorado Springs for Team USA’s women’s wheelchair basketball team. We followed my assigned weight lifting schedule and set up our matching rowing machines in her garage. Let’s be honest, erging is probably the best workout you can get on land, and is great cross-training for just about any sport.

I was promptly cut during tryouts and began working on my next goal: motherhood. Ann then got to (read had to) listen to my many plans for pregnancy and parenting while we rowed together as she prepared for her international competitions.

When the International Paralympic Committee made sprint kayaking instead of canoeing the sport that was going to debut at the Paralympics in Rio, Ann Yoshida switched gears and began training for kayaking. I can’t begin to tell you how impressive it is that she made the Paralympic team within a year of making the switch. Ann moved back to Hawaii, and we moved to our house closer to the city of Portland.

As a full-time mother to our 8-month-old son, I have relied on the priceless advice of mothers who use wheelchairs who also happen to be current and/or former Paralympians. If it wasn’t for the women I have competed against, I would have no idea about the secrets of successful parenting from a wheelchair. Women like Patty Cisneros (3x Paralympian, Team USA, wheelchair basketball) Christina Schwab (currently competing in her 5th Paralympics, Team USA, Wheelchair Basketball 2000, 2004, 2008, 2016, and Athletics 2012), Jessica Cloy (4x Paralympian, Team USA, Athletics), and Jessica Vliegenthart (2012 Paralympian, Wheelchair Basketball, Canada). These mothers taught me how to independently get a baby in and out of my car, adapt a crib, and that overalls aren’t just adorable, they also double as a safe way to pick a mobile baby off the ground when your abdominal muscles are paralyzed. Today, I couldn’t be happier to be Team USA’s #1 fan (really, I think I might be). I feel like I won all the gold medals in the world already because I get to cheer along these incredible athletes and friends with my sidekick, and one of Team USA’s youngest fans, Ari. 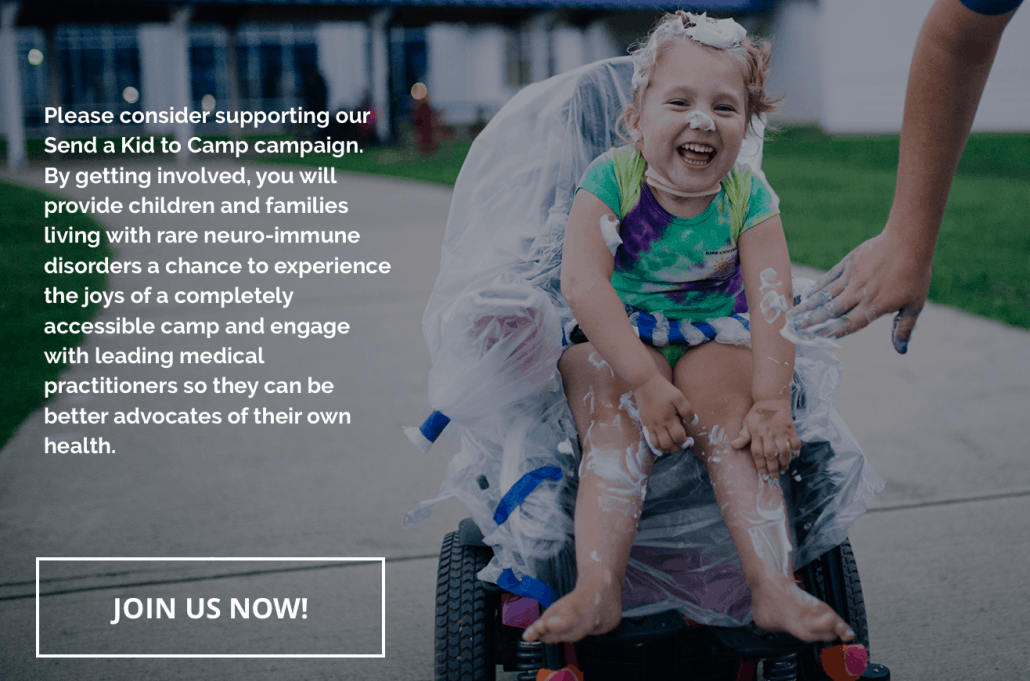 Coming to America
Scroll to top